I am spoon.
Once a simple teaspoon; sampling all that came my way.
Now, a serving spoon; providing for others, managing small tastes of the remains.
In the future, a graceful, silver demitasse; savoring only the finest.

Today we open a packet of something, pour into into our (probably chemically-induced) tea, and stir it with a plastic straw. My grandmother had set of sterling iced-tea spoons with straws in the long handle. One used the spoon to measure sugar from an elegant bowl and sipped. After use, the spoons were carefully, washed, dried and stored. I am that iced-tea spoon. Reminiscent of a lost era. High maintenance.

I am chopsticks.
Awkward and adventurous.
A balancing act between etiquette and chaos.

I will handle the preparations, but someone else will serve...

I am a wooden spoon - unassuming and utilitarian at first glance, but firm and unyielding. I am a bit worn around the edges from use and experience, and a bit self-conscious when in the drawer surrounded by newer, shinier utensils. But in my element I bend all the other ingredients to my will - I push, stir, shove, smash, slap, and yet for all the force I leave no permanent marks on the pan. I plunge myself deep into new recipes, filling my bowl with tastes, smells, experiences. When calm and… Continue 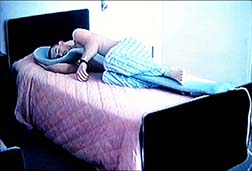 I am a matching set of large, durable, bourgeois salad fork and spoon,
carved of some sweet-smelling, exotic yet sustainable wood (like mango),
and fond of "mixing things up."

Sometimes my fork-like qualities come to the fore:
stabbing commentary, criticism, ingratitudereminiscent of Lear's line:
"how sharper than a serpent's tooth is an ungrateful child."

Sometimes my spoon-like qualities are in evidence:
the capacity to empathize, nurture,… Continue

I idenfity with the food pusher- thanks to eating disorders.

I think I am a fork.

I think I am a fork. My hair is forever a mess and prickly like a fork. My head is relatively huge compared to the rest of my body, (no joke). And even though I am pretty useful at ending slippery slopes (like a fork is to pasta) I have an edge.